Despair – definition: the complete loss or absence of hope.

After the initial shock of the news of what had happened came the despair. In fact despair mixed with fraught and irrational feelings. At the start I wanted her to be born and see if we could save her, once she arrived I wanted time to turn back time so I could do something differently. Afterwards I always struggled to find my place in amongst the charities and people doing amazing and wonderful things for their babies. My daughter was stillborn but I didn’t notice a reduction in movements that I could recall, she didn’t have a medical condition which contributed to her death in fact she didn’t have anything wrong with her at all. There was no cause of death found.

At her funeral we asked people to give a monetary donation should they wish rather than flowers to SPRING which was the charity that funded the bereavement suite we stayed in at the hospital. As much I didn’t like the hospital as a whole for what had happened I was very thankful to have a room away from the main maternity unit to have Betty and then spend time with her. I know many do not have these facilities at the hospitals where their babies were born.

Once home, despair came in a different form. Firstly, telling Archie. It was such a sad moment in my life, to tell my little boy that his sister couldn’t come home with us and that she was now living amongst the stars. To this day he has not seen or ever asked to see a picture of his sister. I have to be honest I was too scared to show him, I worried so much that he would take it badly. If he had asked I would of shown him but he never did. This year on her birthday I hope that we will show him and Vinnie her picture. He is already counting down the days to her birthday and now he is 8 I feel it is time.

One of the worst things imminently after her death was deciding if we wanted her to have a post mortem, the thought her little body would essentially be taken apart and dissected made me feel ill. But if we didn’t do it we would forever wonder ‘why’ which is ironic as it was ‘inconclusive’ so we will infact still always wonder this. Another thing which I felt prolonged our suffering was the length of time it took to receive these results. She was born on the 17th October 2015 and the PM was done promptly that week in Southampton, but we waited until the end of January 2016 to have a meeting to discuss the findings. We were told time was needed for certain tissue samples to culture and Christmas and New Year also held up the process but I just felt this was far too long. The wait was agonising, as if you aren’t going over it in your head enough, what you did wrong, the wait, the wait was cruel and unessarary in my opinion.

One of the absolute worst encounters in the formal process of Betty’s death was receiving those results. We had most harrowing experience with the rudest consultant who may have had intelligence but his compassion and common sense was that of a flea and had I been more mentally unstable that day and didn’t have my families support I genuinely think I would of thought about committing suicide. He was so rude, he was dismissive of our child and the medical information he was supposed to be explaining and he ended our meeting telling me that I have a nice family and a son I should be grateful for them and go home to them and ‘get on with things’. If only I had thought to ask him which one of his children he would be happy to loose in light of the fact he had others anyway! It was one of my lowest points after losing Betty.

As she died under the hospitals care a serious incident report was also conducted. We got the results of this in February sometime I don’t remember the date. For months in my despair I trawled medical journals and guidelines, I spoke to a few other loss parents who gave me further knowledge of the questions I should be asking. I was desperately searching for answers. My research ended with me finding out that there was a test missing and the way we found out felt underhand and I was very paranoid as a result. I asked the medical professionals who were apparently doing a ‘through investigation’ what the result of this test was at our meeting, it may have been a key indicator in our case and it was not done. A panel of experts allegedly sat round a table and went through our case step by step, doctors, consultants and experts, yet none of them asked each other for the results of this tests or choose to highlight it had not been done. I am certain they would of talked about it but I also think they decided they would not write it into their findings in the hope that having no medical knowledge we would be none the wiser. Little did they know the journalist in me was busy researching and looking for answers. However, this really knocked me and even now I can’t think or talk about this much as it still feels like a conspiracy but I often wonder if it is despair that makes me feel like this. Maybe it was just a genuine error. But to me there can’t have been that many babies that died that day so in theory they should have been able to go through their guidelines and check list methodically and accurately. What it really highlighted I think, was that they were too busy dealing with ‘live babies’ they were understaffed and over populated the night I went in which is why we waited in the first place.

When I asked them about the test the ‘risk manager’ went to the page of results and there was a big circle on the page where this result would/should be. Myself, Scott and my dad all saw it, she promptly closed the page and said she would have to go back to the unit and ask them about this! It left me paranoid and deeply disturbed. A few weeks later we got a letter apologising and letting us know after investigating ‘the test was omitted in error’. It may have been negative but either way we were denied the knowledge for this careless error. There are a lot of blood tests done after you have a stillborn baby, it felt odd to me that every other test was done on the numerous tubes of blood they took from me, but this one, this particular one was not there.

The consultant thought it would be helpful to provide the analogy that if they had tried to get her out in time if they had noticed a deterioration then there is no guaranteeing what condition she would of been in, she would likely of been brain damaged. There is no consolation in this situation and I feel comments like this to bereaved parents are both unnecessary and mentally scaring.

So much of my despair and mental torture came from health care professionals, it appeared to me and still does from other stories of loss that I read that there is a serious lack of education and compassion in the process of baby death. I know the situation is harrowing for all involved, and I don’t like to criticise midwives, doctors or consultants as they do such a wonderful job everyday at bringing babies alive and healthy into this world. But there are people like me who seemingly fall through the cracks in the system and drown in the unorthodox comments, the substandard treatment and the backward way these things are investigated and conducted all whilst trying to process the trauma of what has just happened. I hope that one day maybe I can make a difference to this. But not now, not over the last 4 years, it’s still too raw, too sad and it damaged me.

For the last 4 years since Betty died I have been concentrating on having another child which I will talk about in tomorrow’s blog post but also re-building mine, Scott and Archie’s family unit. Our little world previously untouched by grief and terror had to be restructured and rearranged all whilst trying to continue with all of everyday ‘life’ that carries on around you. The biggest being paying the bills, going to school, going to work, keeping a house and trying to keep sane. 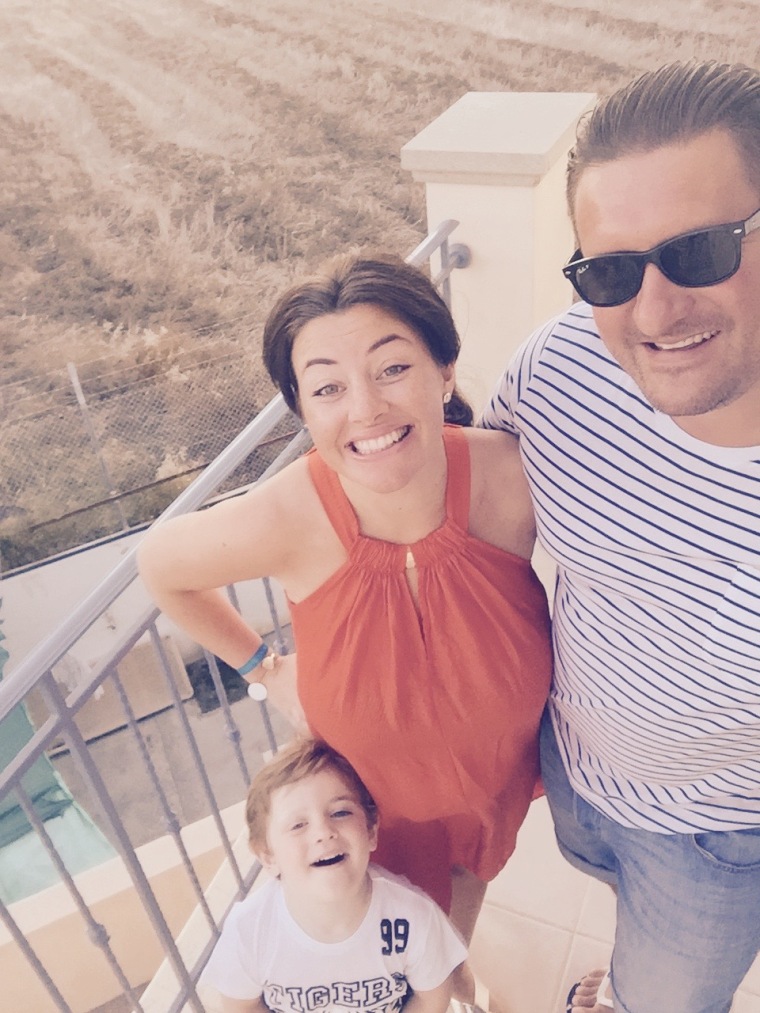 It has taken everything I have ever had to keep going. Everyday I survived I felt stronger, some days now I feel invincible, I know surviving this has made me more resilient than I could ever imagine. Some days I feel like wonder woman, other days I feel like a limp leaf blowing frantically in the wind falling down and blowing back up, just desperately trying to find a place to ground myself, I think that is just what happens when you are going through grief and despair.

I have had to learn to compartmentalise certain aspects of what happened, especially after falling pregnant with vinnie a matter of months after Betty died. I had to let certain things go even tho I wanted so badly to fixate and pursue them but I had a new focus I had to keep this new baby alive, I had to show myself and everyone else that I could do it, that I wasn’t a complete failure and in doing this I couldn’t fight for Betty like I wish I had, wish I could of. It is my hope that one day I can better understand it all and look at the facts and decide if they were right or wrong. But I don’t know if I will ever be able to do it without bias because that raw emotion will always be there. I will always be angry with someone wether that be myself or the NHS for the death of my daughter. But in order for it not to eat me up and completely destroy me I have had to tuck those feelings away for they do not change the situation, they do not help anyone. She will always be dead now, she will always be gone and once the despair subsided I had to start learning to deal with that realisation and start to ‘accept’ (I hate that word because I am stubborn and accepting things is not in my nature) but this is where ‘hope’ came into play and that my friends I will talk about tomorrow when I tell you all about my little Vinnie.

In order to find hope I feel despair is necessary. Riding the storm of emotions is essential to get to where you are going even if you don’t know where that is at the time. Just like crying can be healing and a release, experiencing despair, fear and frustration are all natural feelings and emotions that will guide you to your next stage in your grief, these are the hardest emotions in my opinion but for me they have led to better days even tho at the time I didn’t know where I would end up.

But I am here and able to tell you all our story and for that I am so lucky.